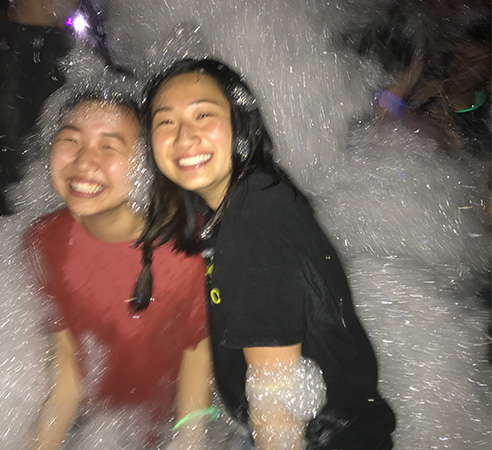 Hello there potential Oxford student! My name is Emily, and I’m excited to share some of my first dorm experiences here at Oxford College.

Of the five residence halls on campus, I live in Haygood, located in the West Village. I am surprisingly satisfied with my room’s large counter space and Haygood’s homey atmosphere (#haygoodlookin’). The close-knit, diverse Haygood community is renowned for its small, relatively quiet atmosphere and celebrated strong water pressure. I sometimes trek across campus to hang out with some of my friends in JRC, Fleming, Murdy, and Elizer residence halls. The first few times, I got lost in these labyrinths, but the other residence halls are always interesting and full of excitement and activity, even at 2:00 a.m!

My roommate, Joanna, and I met online during the roommate selection process. We exchanged some information before mutually agreeing to room with each other. Though we chatted a little online, we were both still nervous to meet face-to-face on move-in day. More than anything, I was worried about ending up in a roommate horror story situation that I’ve read about on the internet.

After surviving an exhausting week of orientation together, having deep, late-night talks, and going on roommate dates in the city, we became good gal pals! She and I had similar interests and just enough differences to balance each other out. Within the first month, we ventured down to Little Five Points together and had our ears pierced for a second time. We’ve also had a ton of fun, indoor bonding experiences like making homemade fried rice, cooking ramen in the kitchen, or debating who catches the occasional spider in our room. 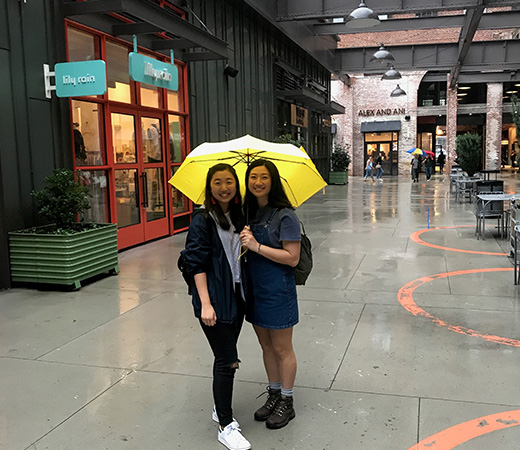 Joanna and I have helped the Haygood RAs during the joint Halloweek event with the other residence halls and Student Activities Committee (which was really fun decorating the Haygood lobby in a licorice theme). We hope to attend more Haygood and RA-hosted events together in the future. Because of our respect for one another, I would classify my rooming experience with Joanna as less of a roommate horror story, and more of a roommate fairytale.