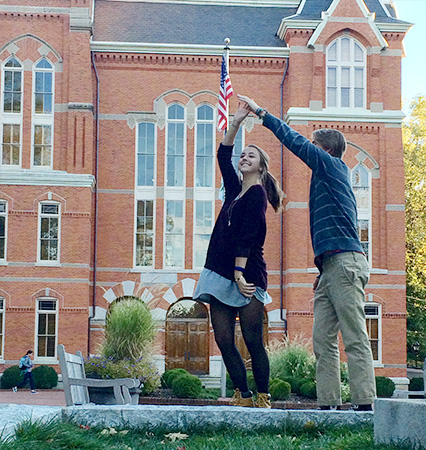 This is the third of a three-part series. Read part 1 here, and part 2 here.

Well hello there! Glad to see you are still with me for this three-part explanation of the Oxford to Emory transition. There are ups and downs to be expected with any major change in life, and you are equipped to handle all of them—especially coming from Oxford.

You’ve made it to the last installment of my thoughts. We’ve covered the good and the challenging, and now we’ll look at the Works in Progress. Even though you’ll settle into life in Atlanta pretty quickly, you’ll still struggle with some things. Those things will be different for every person who decides to commit to the campus transition experience. Here are the things that I am still working on as an Oxfordian living in Atlanta.

I’ve found that since Oxford cultivates such a study intensive environment, I sometimes fall into that routine even though I’m not there anymore. Though Atlanta is super accessible now that I live here, I still forget to participate in it sometimes. There are school shuttles, Lyfts, Ubers, and friends with cars that will take you to any attraction in the city. Being in Atlanta doesn’t mean staying only at the Atlanta campus. Unless you plan on living in Atlanta after graduation, you might not get a chance to freely explore the city for a while. You got into Atlanta, now go out there and explore it! 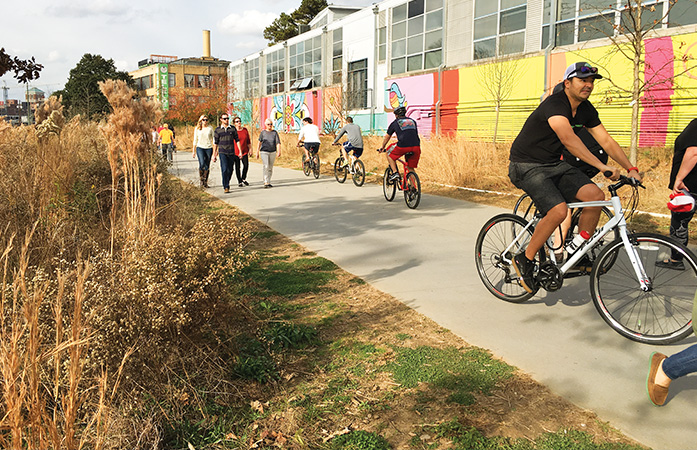 While you’re at it, go to more events too. Emory’s Atlanta campus (just like the city) has events happening constantly, and you should take advantage of that while you’re here. You’re only on this campus for two years; you don’t have a lot of time to waste getting comfortable. Take it from me, I wish I had jumped in with two feet instead of taking the stairs. I’m continuing to make new friends and keeping an eye on the events calendar, so hopefully I’ll see you out on the town soon!

Also, don’t just stick to the one study spot you found during your first week here. There are so many more spaces available to you, like the Law Library or the School of Medicine. Change it up! I get stuck in the familiar because it’s easier than admitting that I still don’t know everything about this campus. I have a specific table in a specific coffee shop on a specific floor in the library, but it’s time to branch out—maybe the chemistry building? I’ll let you know. 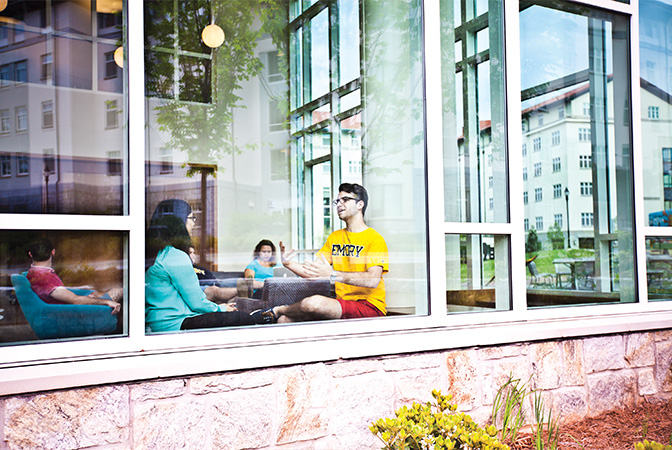 Speaking of the familiar, Oxford is still part of Emory University so you aren’t nose-diving into a brand-new world even though it can feel like that at first. Once I found my footing, I realized that studying, seeing my friends, and doing my own thing was all the same here as they were at Oxford. Emory is Emory no matter which campus you’re on, so know that you’ll be back to your routine soon enough.

Lastly, SLOW DOWN! If you decided to go to Oxford for your first two years, that means your last two spent on the Atlanta campus are exactly that: your last two years. As cheesy as it sounds, go smell those roses. I’m nearing the end of my junior year and I can’t tell you how nostalgic I feel about leaving my life at Emory. It’ the small things that trigger my nostalgia: when I groggily step off the Clairmont shuttle at 8 AM and glance up at the School of Medicine, when I walk from Woodruff Library to White Hall in the Spring and feel the petals falling from overhanging trees, when I finally look up from my books in the Matheson Reading Room or the Rose Library and take in the scene around me. Coming to the Atlanta campus from the Oxford campus doesn’t give you much time to overlook the little things.

So, future Oxfordian, my best and final piece of advice: Time is limited, but you are not. If you want to do it, you can do it. College is a time for exploring different pathways. I don’t think you can get more exploratory than these two campuses in just four years.