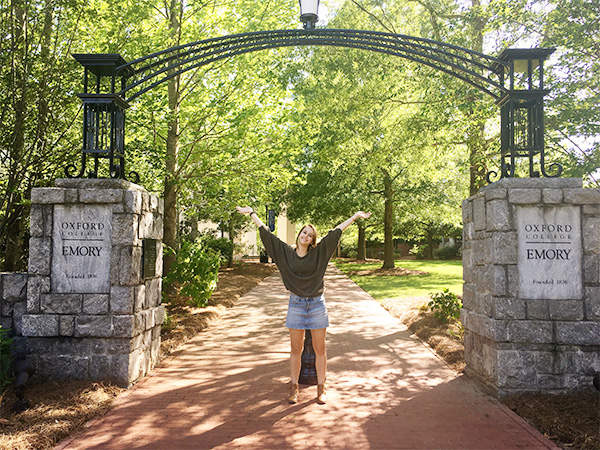 This is the second of a three-part series. Read part 1 here, and part 3 here.

Whether you’re considering attending Oxford versus Emory for your first two years or you’re just curious about what we Oxfordians go through, keep reading to see some of the less sparkling aspects of the transition. Because of the nature of this post, I’ll be giving advice too—not just spouting negatives—so don’t let the long paragraphs scare you!

In the last post, I told you that an upside to coming from Oxford is that you already have your foundational friends when you start at this fresh campus. I didn’t lie to you; that’s true. And it’s nice. But I didn’t realize how difficult it would be to actually see these friends. At Oxford, you know everyone, see everyone, and live with everyone. You don’t have to put in a ton of effort to see your friends because there’s Suzie walking through the quad, and there’s John eating in the dining hall, and there’s Trisha in the library. While yes Suzie, John, and Trisha still go to the same school as you, that school is much larger. You won’t just bump into people in Cox Hall or casually pass someone on the sidewalk quite as often as you did at Oxford. It takes effort to see your friends, but the effort is worth it.

Just like seeing friends is something you’ll need to prioritize, so are your extracurriculars. If you attend Oxford, you’ll learn very quickly that everyone gets heavily involved in these.  This is a really great thing! But because of that, you might be inclined to take an involvement break once you get to Atlanta. If, like me, that’s what you choose to do, that’s perfectly fine! Looking back, I would probably tell first semester me that I should put myself out there at least a little bit more than I did. Eventually, you’ll probably want to meet new people or go to a club event to relieve some stress. My advice for this, do as I say and not as I do. You may technically still be at the same school but you’re exposed to new opportunities and you should take advantage of that! 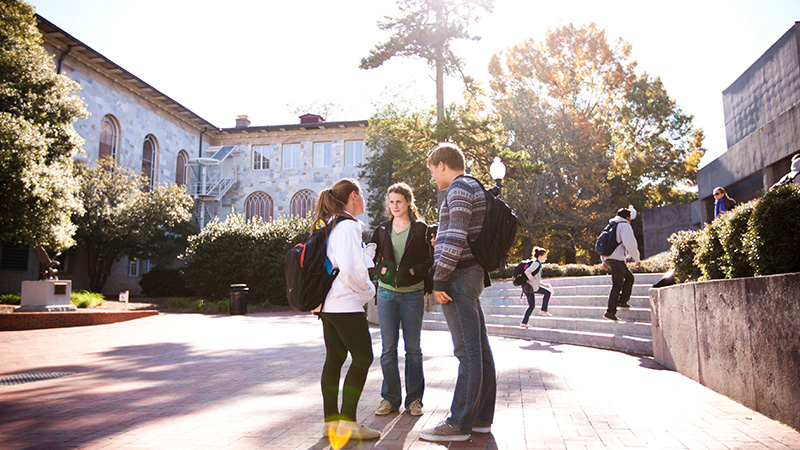 Part of being on a new campus with new opportunities also means learning new buildings. While I touched on the rejuvenation this can bring to your life in my last post, there are also some downsides. For example, you have no idea where anything is located, and that can be super overwhelming. There are names of buildings that exist at Oxford but also in Atlanta and house two totally different things. For example, Candler at Oxford is the student center. Candler in Atlanta is the school of Theology. Confusing right? When you get to Atlanta, make sure you walk the campus, get a map, find your classes, and definitely ask for directions. Other people will know the easiest ways to get across campus. Ten seconds of being the new kid is worth two years of knowing your way around campus.

Academically, I mentioned that the classroom environment in Atlanta is less taxing than at Oxford. But with this comes less of an opportunity to stand out. The professors in Atlanta teach larger classes in bigger classrooms, so it’s easier to sit back and not make yourself known. I consider this a negative because you become accustomed to close relationships with your professors at Oxford; you get used to being known by name right off the bat. While this happens at Emory, it also takes an effort unlike at Oxford. It also happens more easily if you introduce yourself. Go to office hours, sit in the front of the class, and make eye contact with the professor. Don’t let yourself get lost in the crowd! 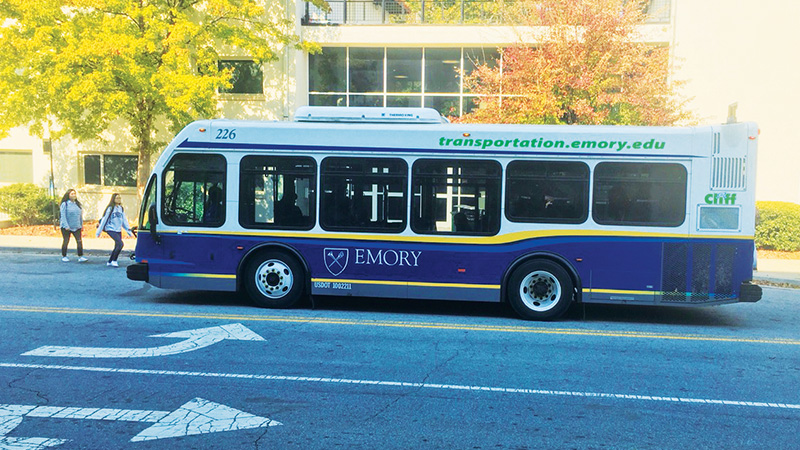 Lastly, here’s something that I didn’t consider until I got to the Atlanta campus. The shuttle system. This might seem simple to those of you who grew up in metro areas unlike my rural South Carolinian self. At first, I didn’t know where the shuttles went, or how frequently they arrived, or how long it took to get there. At Oxford, you can roll out of bed at 9:55AM and still make it to your 10AM class on time. In Atlanta, that’s not a thing. If you live off campus, prepare yourself to hit traffic on the way to school or to fight with the hospital staff for rush hour shuttle seats. Give yourself plenty of time to get to class on your first day so you can leave your apartment on time in the future.

All in all, the downsides of undergoing the campus transition really fall into three categories: involvement, familiarity, and comfort. It takes effort to be involved; it takes time to become familiar; it takes settling in to be comfortable. Just understand that you need to give yourself time. The Atlanta campus is still your school, but a transition is a transition. Patience, young Oxfordian.