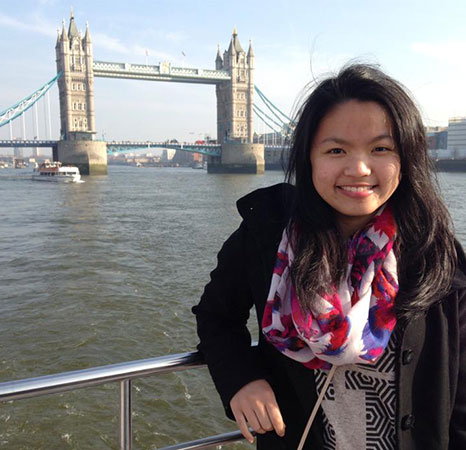 This week we’re diving deep into the campus community at Emory University. Here, diversity goes beyond checking a box for race, religion, or gender, understanding that each student is a unique blend of all of this and so much more. We’ve invited seven current students to share about their community experiences, and we encourage you to read them all here.

What identities do you feel most strongly connected to at Emory?
I feel most strongly connected to my Asian identity in general, but being at Emory has expanded my sense of the Asian community itself. As a Chinese person, I tended to think of “Asians” as Chinese, Korean, Japanese, and Vietnamese people, essentially ignoring Indians, Pakistanis, Cambodians, and the rest of the continent in my use of the term. While each Asian country has very distinct cultures, they also have a lot in common.

Recently, I went to see the comedian Hasan Minhaj with my Pakistani, Indian, and Chinese friends, and so much of what he said about growing up with Indian immigrant parents resonated with my childhood. At Emory, I have people to celebrate Chinese New Year with, to eat moon cakes with, and to speak Chinese with, but I also have friends who teach me new aspects of what it means to be Asian.

What is your favorite multicultural celebration on campus?
The Emory Pride Drag Show is not only a celebration of Emory Pride, but it also exhibits so many different cultures that are represented on campus. Performers include improv comedy troupes, multicultural dance teams, and a Capella groups, all coming together to support the LGBTQ community. It’s a blast to be a part of it!

How have you grown by being a part of Emory’s community?
I grew up in a very liberal high school in a very liberal town in Washington State. I was never exposed to opinions that differed from my own; everyone around me was also socially liberal and environmentally conscious, and I came to think of that as the norm. It was only after I arrived at Emory and met people from across the political spectrum that I grew to be more open-minded. I stopped thinking of certain opinions as definitively right or wrong and learned to practice critical thinking and dialogue. Without a diversity of other views to challenge my own, I wouldn’t have developed the same level of clarity in my beliefs and the values behind them that I have now.