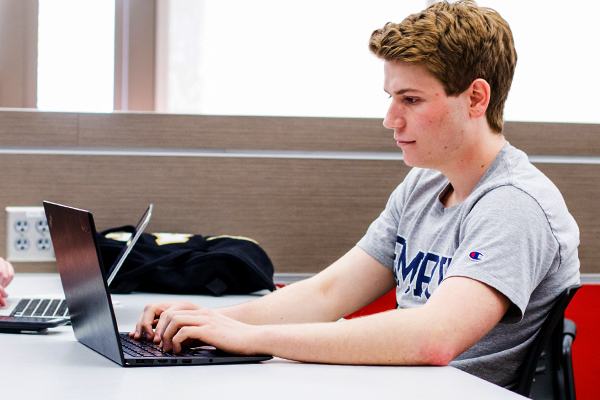 Over the past half-century, the crosswinds of social and economic change sweeping through Nebraska’s small towns have left me and my family, alongside many others across our state, straddling a tedious tightrope between the old and the new, the familiar and the foreign.

All my life, I’ve been shaped by the collision between the rural, small-town currents of my upbringing and the city-slicker world of tall buildings and traffic jams I’ve largely grown up in. By this, I don’t mean cornfields and mainstreets melting away under the pressures of urban expansion. I mean the collision between two vastly different worldviews—one deeply suspicious and distrustful of outsiders, manifested around me through my grandfather’s diatribes bemoaning the parasitism of immigrants or his deftness in dealing out words I’ve been taught to consider unspeakable, and the other warm and welcoming, centered around a household that counts inclusiveness as a primary virtue and has embraced the evolving nature of Nebraska’s identity.

To understand the tumult of emotions interwoven within this collision, it is critical to understand that, over the past several decades, rural blight has descended upon communities across Nebraska. As families like mine have emigrated to larger towns and cities in search of greater opportunity, rural populations have dwindled, and hospitals and businesses have shuttered. In addition—and particularly relevant to my experience of Nebraska’s rural crisis—a wave of major demographic shifts have left many communities across my state broken and hurting. From Schuyler to O’Neill, from Lexington to Fremont, increasingly large international immigrant populations have been caught in the chokehold of a vehement and metastasizing nativism. This fervent anti-immigrant sentiment, rather than promoting some distorted idea of cultural integrity, has left entire communities—old blood and newcomer alike—under the weight of suffocating suspicion and hatred as unprepared school districts buckle and ambush-like ICE raids tear families apart. The situation in much of rural Nebraska, to put it bluntly, is dire.

And so, this summer, determined to glean a more complete understanding of this issue and its effects on my family, I traveled to live and work on the family farm, which is managed primarily by my grandparents. The experience was instructive—in a time of trade wars and tariffs, I was reminded of the tremendous economic pressure under which farmers operate. But, far more eye-openingly, it gave me a new appreciation for the social and cultural strain bearing on rural Nebraska. For context, it is helpful to understand that the nearest town has undergone a transition from nearly homogeneously white to over 70 percent Hispanic in just the past three decades. Many evenings, as my grandparents and I sat down to supper, a soft vitriol would pervade the conversation as my grandparents exchanged worried comments about the new and burgeoning Sudanese population in town or the Mexicans working at the Cargill plant.

Welcome to racism in my world.

It’s soft, it’s private, and it’s the most barefaced form of racism I’ve ever encountered. It hurts me to know that two of the people I love and admire most in the world have been brought to hate their neighbors and blame them for the much broader issues facing rural America. It hurts me to know that many groups of people simply seeking security—people who, in fact, will likely prove vital to the survival of small-town Nebraska—are facing a chilling welcome in a state I am otherwise so deeply proud of.

Though prejudice might be stubborn, I am too. My writing on the subject has received national recognition, I care for refugee families through my school, I’ve corresponded with my elected representatives, and I’ve engaged in thoughtful, compassionate dialogue with my grandparents. It’s harder to hate people if you understand them, after all. I believe that education and reconciliation are vital to the recovery of my state and our broken communities, and I’m doing my best to facilitate, wherever I can, the beginning of this healing.

This could not have been an easy essay to write. For everyone, family and home are complicated, albeit some more than others. Rarely does one talk about the precise complexities of one’s upbringing and even more rarely is one willing to openly share the racist conversations that occur over supper in their home. And yet, this is not a radicalized essay. And despite using words like family, love, and admiration, words that often convey a closeness, the author has written a somewhat distant essay. Each piece of information shared is calculated and measured so that the reader has a very specific understanding of this student’s environment. The descriptions of rural Nebraska read like the words of an economic historian, not necessarily your average seventeen-year-old.

The essay is certainly enhanced by the author’s mature and thoughtful syntax. “The crosswinds of social and economic change” and “the chokehold of a vehement and metastasizing nativism.” These are the phrases of truly gifted writer who has worked hard allow each word to have an impact. My favorite word in this essay is the last: healing. Upon multiple reads, this essay could have taken a different, and potentially more definitive, turn. Instead, I believe the author provides an explanation for the distant tone. They too are healing.