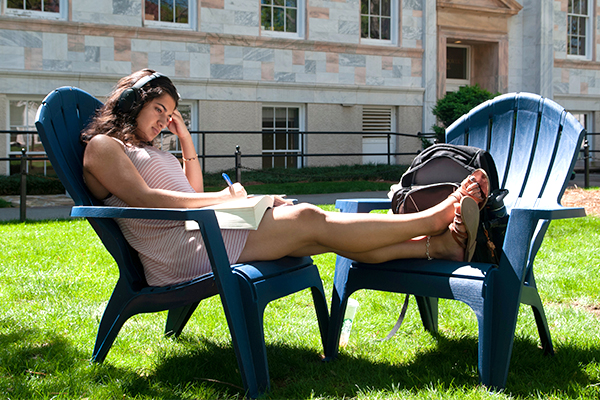 Share an essay on any topic of your choice. It can be one you’ve already written, one that responds to a different prompt, or one of your own design.

my aH parents n-never said they never tOld me

how was I supposed to…he eventually dropped the

impersonation comes from the Latin words into & persona literally meaning into person. this man swallowed & spit back her strangled voice as if it was stuttered, cracked, unworthy of its words.

parents can be blamed for things,

but teen girls can never accept responsibility he said.

maybe he thought my voice sounded like hers too & maybe that’s why I didn’t ask a single question even when he did. he asked every ethnic person there what country they were from & he said something like

driving is as dangerous as living in a war zone,

I don’t know exactly, because I was whispering to

Kayleigh in the beginning was quiet. I whispered to her this is terrible because I could hear her small puffs of disbelief & I realized she was the only person in the room I trusted, not even myself, because I was smiling & laughing even when he made her come up as a voluntold & he said to her that he always picked on the heaviest girl in the class for this exercise, & when she spoke her voice shook & cracked & did you know that it was me? That I was the voluntold? that I was so ashamed of circumstance I pretended it was Kayleigh? it died before it really came out, my voice, which has done impossible things, stood tall in courtrooms, refused to melt by the fireside as my family debated politics, raised itself from the grave when it needed to at cheap shots, at poetry slams, at two faces, my voice, this incredible thing, was reduced to speaking in

whispers seemed to catch his eye so we stopped eventually. something about needing that certificate, something about the power he had, something about how the guy who couldn’t speak English was calm in the corner… then Kayleigh whispered Trump 2020; I stood up. I calmly told this instructor off, I told him that he was ignorant, that he was wrong, that a sixteen-year-old teen girl knew more than he did. I left the class because I was strong enough to do it. I did, I really

did you know that I stayed until the end without so much as a word of justice? did you know it would be so easy to lie on this page? I crumpled my name tag when leaving & he said something like thanks or it was a pleasure but I ran quickly before his words could lick my skin again. I didn’t play music from empowering female artists on the way home because I was scared their lyrics had changed. I ran to my room, unraveled in the closet, plugged my ears & whispered I’m not real over & over again listening to my body hack at itself & I wondered how many calories I’d burn by crying & I wondered why I wasn’t saying it is not real & then I realized I was the monster in my

own closet. I was handed this legacy of justice from every woman in history’s bruised ribs, from the pounding of every gavel’s demand, from the set of my mother’s jaw. this man, he had a bat that smacked out shame, but the blood I left on the carpet carried the rage of bloodlines; I

The last phrase of the essay prompt is “of your own design.” Though the prompt directly allows a student to submit and/or write an essay of their own choosing, the prompt indirectly permits a student to use the given space to be creative. Creative writing, like other artistic crafts, is defined by both the writer and the reader. Sometimes the two definitions converge, while at other times they compete. That is one of the challenges with the personal statement; should a student write their essay in a creative format, such as a poem, song, or the essay above. Every student decides on the creative style and direction of their personal statement. Do you write an essay traditionally in paragraphs and prose? Or do you write an essay that walks the creative path, risking the reader’s unfamiliarity with that journey? Let me be clear: there is no right or wrong answer to this question. That said, as I am writing feedback for this essay, the creative direction works for this student. We seldom read essays of this style, and although a risk, it is quite refreshing and thought-provoking. If your essay style is genuine to you, it is worth the risk.

I read this essay numerous times and I discovered something new every time. At times, I find answers to previous questions. Other times, I am left with more questions, though in an inquisitive way rather than a critique of the writer. As an example, I am still contemplating the purpose of defining “impersonation” within the essay. Is the writer impersonating someone, maybe them self, throughout the essay? Or was this choice to just add an extra layer of characterization about the lecturing man? Stylistically distinctive, this personal statement makes you wonder about the intentionality behind the use of punctuation (or lack thereof) of commas, ampersands, and missing capitalization. The movement from phrase to phrase subtly allows time to pass and each thought to conclude as another commences. This student intends to take advantage of Emory University’s well-regarded Creative Writing Program. Knowing that, the style and presentation of thoughts create sincere excitement pondering what this student will do next.

This personal statement is deserving of several conversations, focusing on its style and its content. The student’s personal statement is staged around a moment of self-advocacy and serves as a reflection on women empowerment, and possibly teenage angst. The topic is used as a vehicle to get to know the student better. Perceived as weak and irresponsible, the student of the essay demonstrates with their actions and words the power in courage and using one’s voice. The use of dialogue does not break the flow of the personal statement, rather it contributes to the overall personification of sexism and possible xenophobia.

This unorthodox approach might not be everyone’s favorite style. But, at the end of the day, the personal statement is supposed to be personal and authentic to the writer – not written to appease the reader. Besides, this essay immediately caught your attention, didn’t it?