Neuroscience & Behavioral Biology (NBB) is a popular major at Emory. However, our students aren’t simply interested in just the sciences. We spoke with two students who combined their Neuroscience major with a major in the arts. Click here to read another post about an Emory NBB major.

1. What is the Integrated Visual Arts Co-Major? 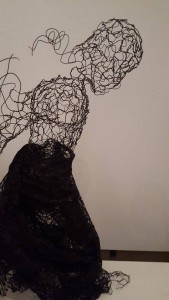 The Integrated Visual Arts Co-Major (IVAC) is a relatively new major developed by Emory’s arts departments to replace the previous visual arts discipline. Traditionally, a visual arts major would take visual arts and art history courses for their degree.  Now, through the IVAC, students can take select courses from the film, creative writing, theater, visual arts, dance, and art history departments as credit towards the major. Not only have the possibilities of the major expanded, but it gives artists at Emory an opportunity to explore beyond traditional visual arts and into to other media offered here.

2. Are you double majoring, if so, what and how do you see your two majors overlapping?

To be part of the IVAC program a student must double major with IVAC and anything else in the college. Personally, because of my passion for science, I chose to have Neuroscience and Behavioral Biology (NBB) as my other major.  Those who coordinate the IVAC, intentionally created this “forced” double major to help students truly experience Emory’s liberal arts environment through combining disciplines.  Many give me an odd look when I describe my passions in neuroscience and visual arts, seemingly opposing fields, but I cannot imagine my college experience with one and not the other.

At first I assumed there was no link between the sciences and the arts, but as I took courses in each discipline I found that they do overlap in their studies. In my neuroscience courses, having the eye of an artist has helped tremendously with analyzing data, finding patterns in graphs, and understanding abstract concepts.

For my work in the arts, neuroscience has helped me interpret what an audience finds (or does not find) attractive and how specific features of an artwork could make it appear more interesting to the viewer. 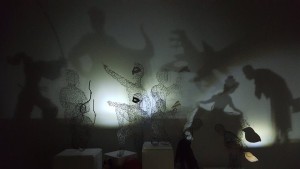 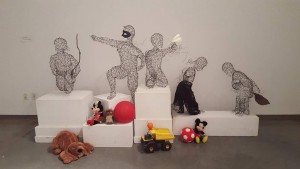 3. What is your favorite class and/or professor for your major?

My favorite visual arts class was the Sculpture II class I took during my sophomore year. It only had eight students, and I knew the professor from the previous semester, but when I first saw the course syllabus I could feel myself start to sweat. Projects were assigned based on very broad topics, and we were allowed to use any medium, scale, and subject that we wanted as long as it fit within the main project prompt. Once we had to pull two cards from a deck of adjectives and make a sculpture based on those words. Another time we had to make something based on nature. At the time this class was the most open-ended art course I’d ever taken, and I was pretty intimidated by that much freedom. I was used to doing projects were everyone in the class used the same medium and a specific set of instructions. But by the end of the semester, I’d grown as an artist and felt more comfortable producing original work I could call my own.

4. How do you hope to use the IVAC major in the future?

My professional goal is to be a pediatric surgeon. With a focus on sculpture, the IVAC has helped me practice the dexterity and attention to detail that I’ll need for years to come. And, too, honestly, IVAC has provided a mental break for me as I continue to take high level science courses to finish my NBB degree at Emory. 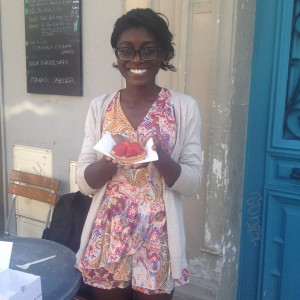 Attached are photos of Nicole’s senior art project. She made wire sculptures that depict different things in the light and the dark. In the light, they depict characters. In the dark, the shadows of what each child is pretending to be projects behind them.

Nicole’s project is being donated to the Emory Child Psychology Center.