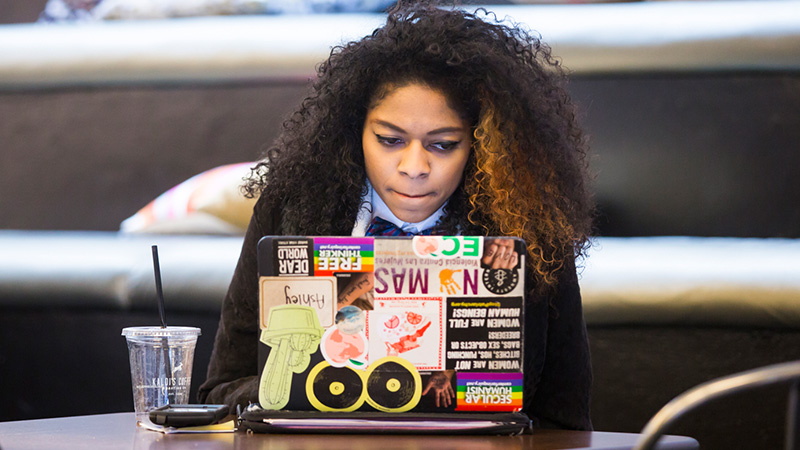 We’re sharing exceptional personal statements from last year’s applicants in hopes of illustrating that a good personal statement can cover a wide range of topics, but ultimately, showcases the student’s character, curiosity, and voice. These statements, written by students now enrolled at Emory University, were selected for a multitude of reasons, and we asked our admission staff to share what made each statement stand out.

This is one of a 5-part series on application writing; read Part 1 here, Part 2 here, Part 4 here, and Part 5 here.

The lessons we take from failure can be fundamental to later success. Recount an incident or time when you experienced failure. How did it affect you, and what did you learn from the experience?

I was immensely disappointed when I didn’t hear my name as the winners were being announced. A few seconds before, I was so excited that it might have seemed as if I was waiting to win the Nobel Prize, instead of an award for my project in mathematics at the Scientific and Research Council of Turkey National Projects Competition.

Throughout the 4 days of the Project Fair, I presented my project to over 100 visitors. I was even offered a mentorship by an accomplished mathematics professor, who also visited the fair and seemed very interested in my project, in which I had developed two alternative approaches to methods for expressing power sums in a formula, a complex topic in mathematics previously worked on but that could not be simplified. I was confident, because everyone, including the other contestants, thought that my project would win. Overconfidence, as it turns out, can sometimes lead to great disappointments.

I was not sure why I actually wanted to win this contest: to be giving the honor of winning the contest or to have my mathematical findings recognized nationally? When they were announcing the winners,  I realized that having my work appreciated was what mattered the most. Some of the projects that Turkish scientific institutions overlooked went on to later win recognition internationally; so my project might not have actually been insufficient, but it just did not win. The fact that this competition was the only place in Turkey where I could truly demonstrate my competence and skills in mathematics on such a stage was the reason why I so badly wanted to excel at it. However, failing to get my project recognized showed me that there will be times in life when I will lose, just like there will be times when I win. Fortunately, I was raised in a family where I was taught that I should not be discouraged by failure; rather I should learn lessons and build myself up through them.

Further, my failure made me more sensitive to the current conditions in Turkey, in terms of the political difficulties, threats of terror and unrest, and constraints on scientific development. The current atmosphere in the country is in many ways quite opposite from the view of the world that I have learned as an IB student. So how can I, as an international-mind and creative thinker, reach my true potential in an environment that is in many unsuitable at present, and how can I be useful in the future to help us overcome the challenges we currently face? Answer: by carrying out my studies in a place where science and development are put above all else. This would allow me to pursue my passions without the current limitations of the Turkish system, in which I must, for example, choose between biology and mathematics, instead of being able to study both, which study abroad will allow me to do.

Something one hears less every day in Turkey is “I want to make a difference,” due to those constant distractions that people here have to deal with daily, and which make it much more difficult to focus on progressing. I do, however, want to make a difference as a woman and an aspiring scientist, two parts of my identity that unfortunately are not allowed their full expression in my country. Because I love my community and the many remarkable people in it, and because I have gained so much from them, I want to give back by contributing to science, being a force for positive change in my homeland, and inspiring Turkish women to take part in the scientific world.

Long story short, I interpreted the outcome of this competition as a failure before, but I have come to realize more each day that the broader perspective in this incident inspired in me has put me on the road to success.

First, let me start by stating the obvious, essays are not read in a vacuum. Their words are only enhanced by the depth of experiences shared through a student’s letters of recommendations, academics, and engagement in the world around them.

When reading this student’s essay, I was struck with the fact that this is a scientifically-focused young person in a cultural context (what I learned from the rest of their application file) where these adjectives together are more often than not, an anomaly.

There was a sense of presence, self-reflection, and intellect here that had no boundaries; literally and figuratively. After not placing in one of their nation’s leading scientific competitions, the student took the time to reflect on why winning was important to them.

The reader also comprehends that this “failure” made them keenly aware that the current turmoil in their country is not only political and economic, but impacting scientific research and innovation, something that goes against the fabric of their educational foundations.

It was also refreshing to see that the student now understands that overconfidence can lead to disappointments, and failure to opportunity. Having not achieved their expectations in the scientific competition, they still walked away with a local mathematics faculty who sought them out for a mentorship opportunity.

Above all, the student understood that there are many lenses through which to view success, as there were local students who were overlooked and ended up winning international awards. Overall, the essay gave the reader an understanding of place, epiphanies, and the drive to go beyond the expected. This student has a mind of their own. That, and many other qualities made her a good read and a student we are excited to have on campus this fall!