Saturday, June 4–Sunday, June 5    vahi.org/summerfest
This is hands down my favorite festival of the summer! There is something for everyone throughout this weekend extravaganza—artist markets, live music, and food and drink aplenty. The main music stage is in John Howell Park. But I’ll let you in on a resident secret—the live music actually starts on Friday, June 6th at 8pm (till 11pm) with the Acoustic Street Party Concert, located at the Virginia-Highland Island (main street intersection next to Murphy’s), featuring some local groups as well as widely-known musicians. Restaurants located around the Island, including local favorites, Murphy’s, La Tavola, and TomTom, extend their outdoor seating up to the stage so you can enjoy the music while you eat. Parking is always a bit of a challenge (getting familiar with those free neighborhood streets, like Orme Circle and Amsterdam, is a good move) but you can also use MARTA to get the festival.

Friday, June 17   decaturdba.com/events/beach-party
Want to get away for a beach trip without the multi-hour drive? Head on down to Decatur to play in 60 tons of beach sand on the “Ponce de Leon Beach,” listen and dance to live music at the gazebo, and enjoy traditional beach favorites, like ice cream and funnel cake. If you’re having trouble finding parking, try residential roads off of Church Street (goes right by Leon’s), which often don’t have permit parking. You can also try some of the Agnes Scott College student decks, which are usually free on the weekends.

Tunes from the Tombs at Oakland Cemetery

Saturday, June 18   www.oaklandcemetery.com/?event=tunes-from-the-tombs-2
Oakland Cemetery is the oldest cemetery in Atlanta (founded in 1850), and one of the few areas of the city to survive Atlanta’s burning during the Civil War. It also stands as one of the most honest depictions of Atlanta’s fraught history throughout segregation, war, and progressive rebuilding. During this particular event, the cemetery will be hosting an all-day music festival, featuring performances throughout its six acres of monuments and gardens. There will be a variety of food trucks and drink vendors throughout the grounds as well as complimentary tours of the cemetery and fortune-telling. Feel free to check out some other tours and events happening at Oakland this month. 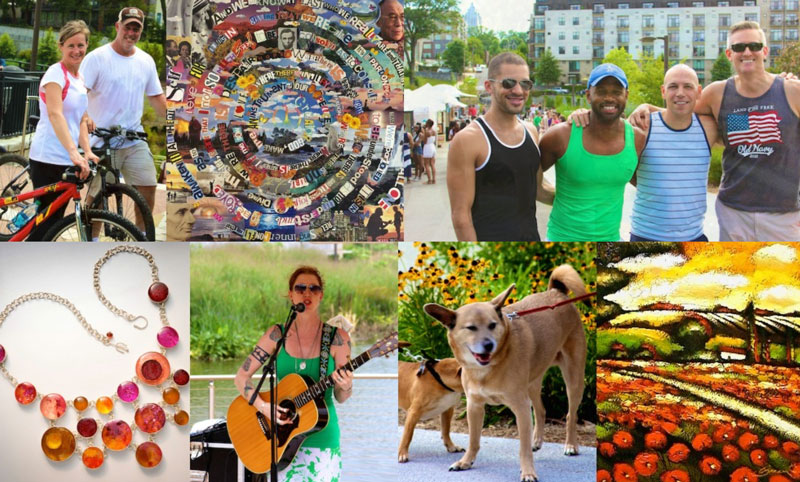 Saturday, June 25–Sunday, June 26   www.oldfourthwardparkartsfestival.com
As you’ve probably noticed, most of our in-town neighborhoods like to welcome summer with their own festivals with an open invitation to all of Atlanta. Presented by the Atlanta Foundation for Public Spaces, this festival is all about celebrating the arts and enriching communities. Enjoy food and live entertainment while you explore the local art scene.

Now through August 27   foxtheatre.org/fox-theatre-announces-2016-coca-cola-summer-film-festival-lineup
Every summer Coca-Cola and the Fox Theatre partner to offer movie screenings in the amazing Fox Theatre, complete with the traditional pre-show cartoon and Mighty Organ performance. The series kicked off earlier in May with Purple Rain, in honor of Prince and will rotate between showing on Thursdays and the weekends throughout the summer. The line-up this year includes some classics from all genres, like Ferris Bueller’s Day Off, Breakfast at Tiffany’s, Citizen Kane, the original Willy Wonka, and many more!