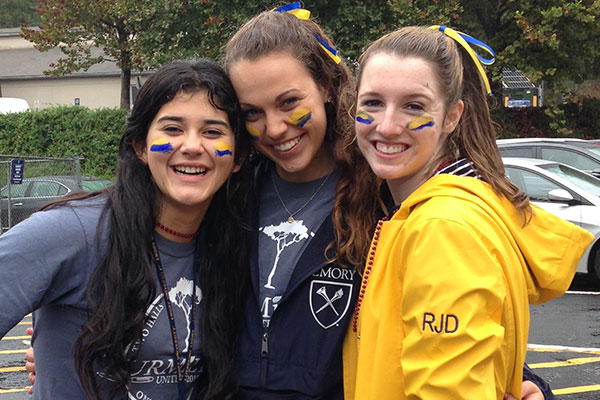 Emory was a little bit of a dream of mine ever since I visited the campus in the spring of 2012 as a high school sophomore. Whether I knew it or not at the time of my visitation, looking back my fate here seems almost inevitable…

Now, before you click off this page in fear of reading a college essay version of “Why I Chose Emory” giving you a perfectly sculpted view of the university, don’t worry, that’s not where this is going. This post is just a glimpse into my Emory experience as a freshman. I want to share what I have experienced over the course of this year in order to give a real glimpse on what college life at Emory is really like.

OK… But first a quick little back story…

Emory University has been a part of my family since my sister was accepted in the fall of 2012 as a member of the class of 2017. If I wasn’t sold when I toured the campus the first time, I sure was after I saw everything the campus had to offer through the lens of my ultimate role model. I hope my experiences inspire you as prospective students.

After a heck of a roundabout in the infamous college process, I applied Early Decision to Emory in the fall of my senior year, and this is where MY Emory experience truly began: 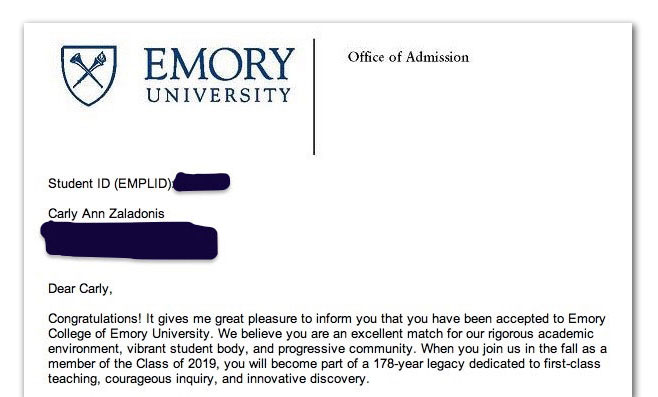 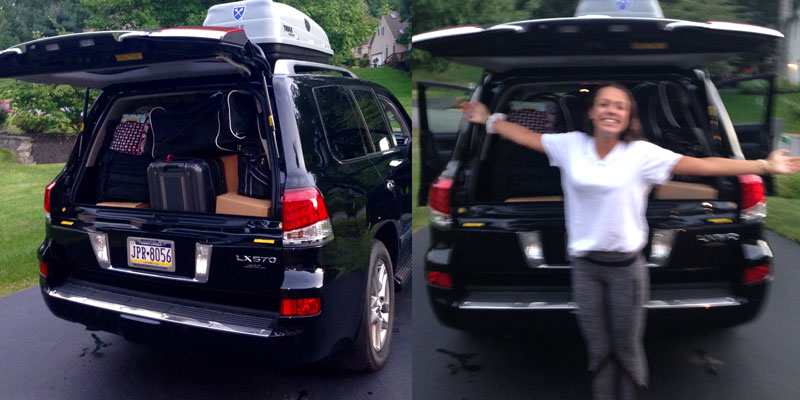 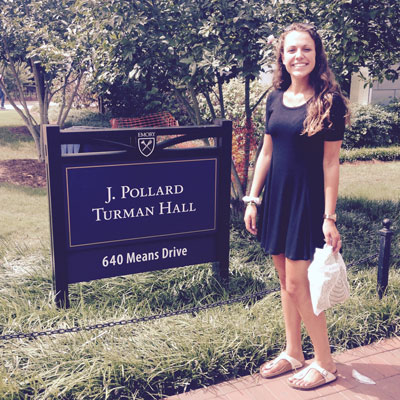 August 21st, 2015: Visiting my future home (Turman hall) 1 day early; I was very happy to find that it is RIGHT next to the DUC (Dobbs University Center) where I have UNLIMITED meal swipes.

August 22nd, 2015: FIRST DAY EVER!I moved into my dorm in Turman Hall with my roommate, Diane (who I met on Facebook!). Over the summer, we had become really close to two other girls whom we requested a suite with. While we ultimately did not end up in a suite together, it still ended up working out perfectly as Emory Housing kindly put our rooms next to each other (GO T3). The four of us plus another girl on our hall have grown so close over the course of this year and I could not be luckier—I get to live with my best friends! 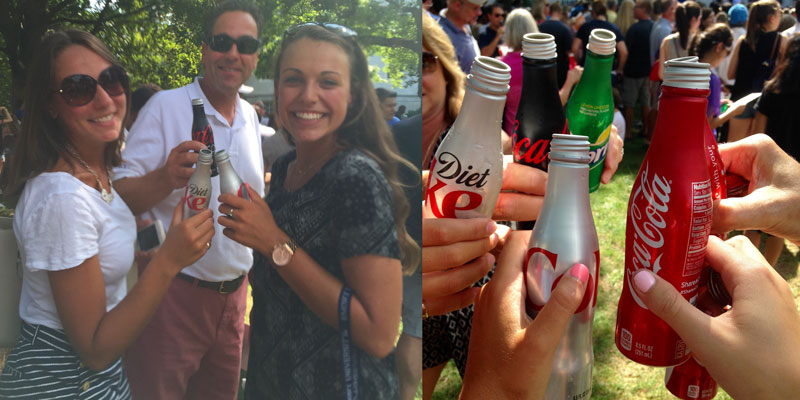 After a few hours of move in (that was made pretty painless thanks to all the orientation leaders and residence life members) my family, my roomie (and her family), and I attended the traditional Coca-Cola Toast and cheers-ed to the next four years ahead of us! 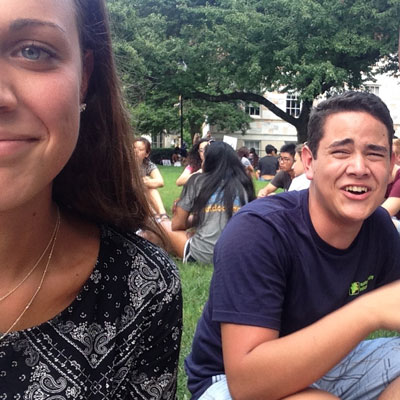 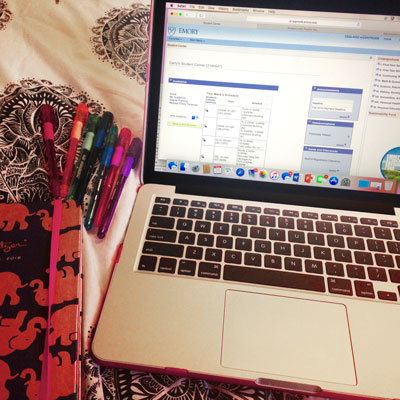 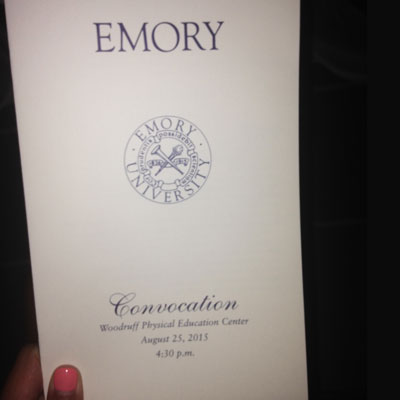 Later that day… Convocation—which is essentially a large welcome to Emory by the President of the University!! Officially became an Emory student. 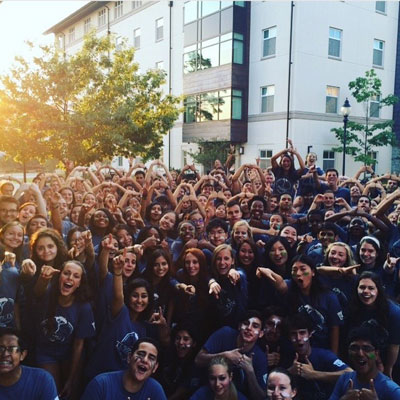 August 27th, 2015: Songfest with my Turmilton family (My residence hall Turman combined with the residence hall directly across from us, Hamilton Holmes, to form a killer team “Turmilteam”) We may not have won, but we sure had fun learning our songs and dances together.   Our RA’s and SA’s came up with renditions to songs like Sugar by Maroon 5, Trumpets by Jason Derulo,  and Let it Rock by Kevin Rudolf. 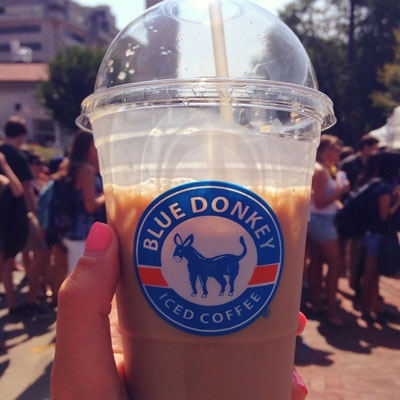 September 4th, 2015: My first (of mannnnnny) Blue Donkey coffees at the Emory Farmers Market. Every Tuesday, local vendors come to Emory’s campus to sell their foods! Everything from fresh donuts to quiche is sold, and you can use your Dooley Dollars (cash that you have as a student) to pay for the yummy treats! I love the Farmers Market so much because it allows you to mix up your food routine and support local businesses! 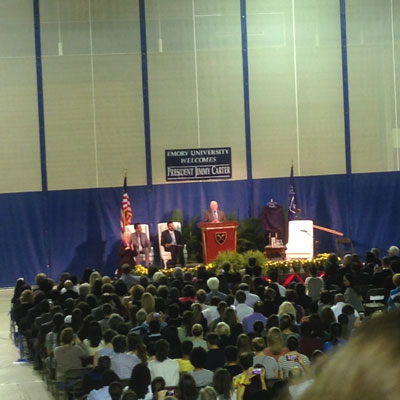 September 16th, 2015: Carter Town Hall; a tradition for freshman to hear former president Jimmy Carter speak and then have time for an open question and answer session! 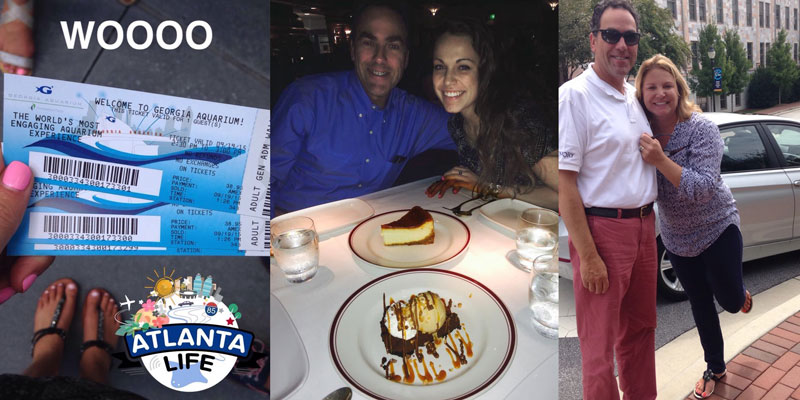 September 19th 2015: MY PARENTS VISIT!!!! We went to the aquarium, walked around Lenox Mall, and of course, indulged my food cravings A LOT. 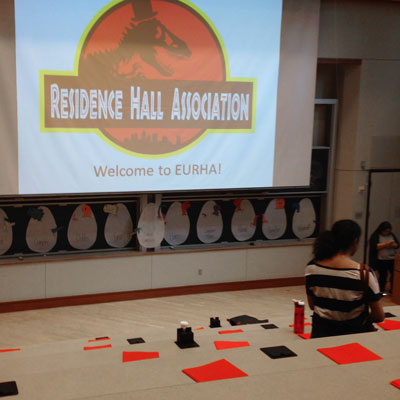 September 20th, 2015: First RHA MEETING!! I  am the sports and spirit chair for Turman and Hamilton Holmes hall council.  As a member of the Residence Hall Association I help plan events for the residents of turman, help address any problems, and as sports and spirit chair specifically, I work to promote general morale and “turmilteam” spirit, whether it be promoting attendance to hall or sporting events. 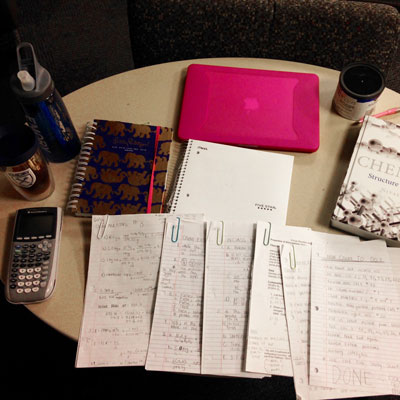 September 22nd, 2015: Preparing for my first chemistry exam in the comfort of the Turman study lounge. 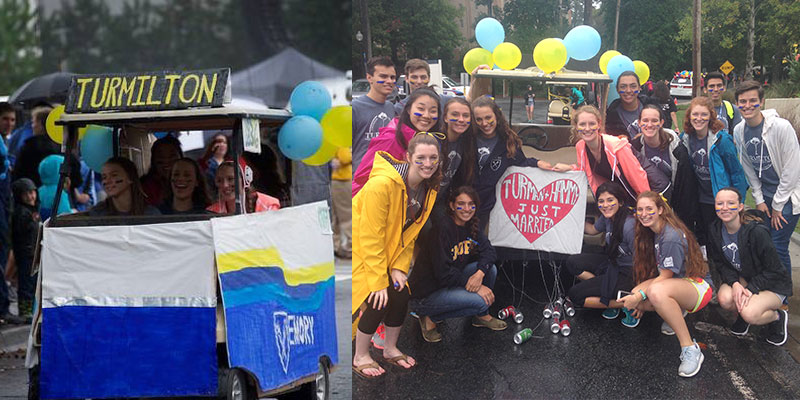 October 3rd, 2015: First Southern brunch with friends at the Flying Biscuit, a Southern restaurant known for its delicious breakfasts. (SPOILER ALERT: If you come to the South you will fall in love with grits.) 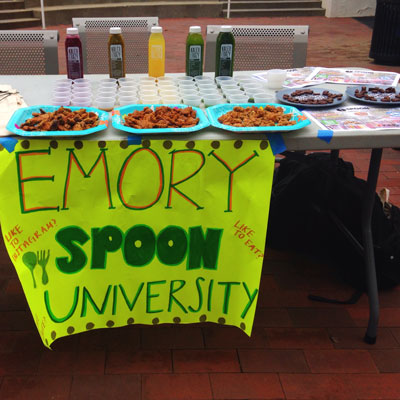 October 6th, 2015: Spoon University, a website featuring food articles written by Emory students, hosted an event at the Farmers Market! We had juices, cookies, and chocolates from local venues around Atlanta. 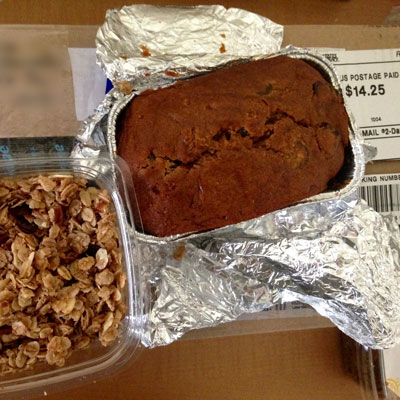 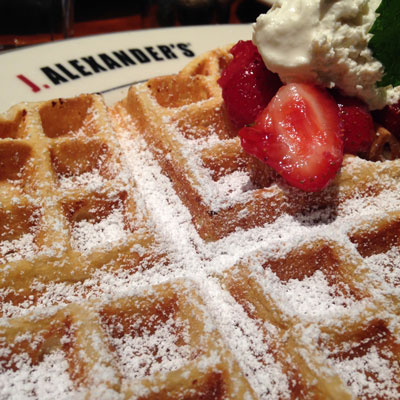 October 26th, 2015: delicious goodbye breakfast after a fantastic Family Weekend! This is a weekend in October for Families to visit their Emory students. Emory provides tons of fun activities for families to partake in! 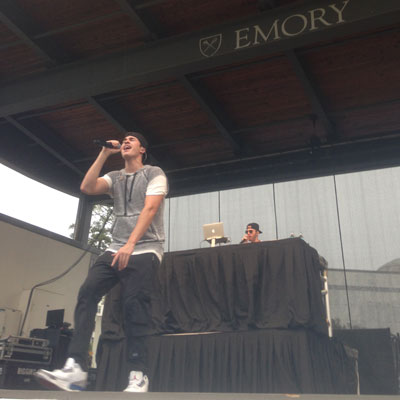 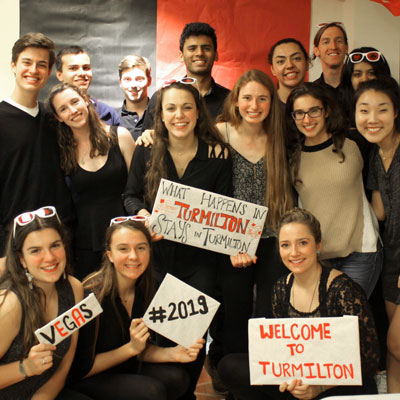 November 13th 2015: Fall Festival in my residence hall with our Vegas theme! 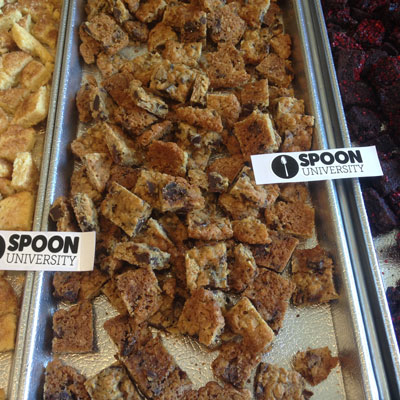 November 20th, 2015: Spoon University Cookie Blind Taste test at Ali’s Cookies. Spoon University is a national food blog that has chapters at universities and colleges across the country. I am part of the Emory University chapter which I write articles and take photos for. This particular event was  a “senses” event we hosted at a local cookie shop where students and patrons could come by, try different cookies, try to guess which flavor they were eating, and of course pick a favorite. 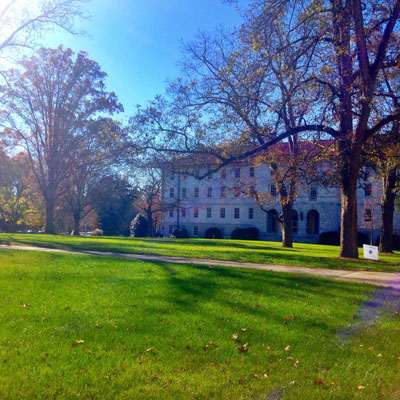 November 23rd, 2015: Saying goodbye to campus before heading off on Thanksgiving Break. 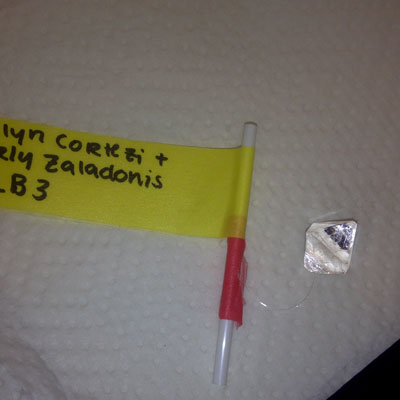 December 2nd, 2015: The crystal my partner Evelyn and I grew over our first semester chemistry lab! We were so proud! 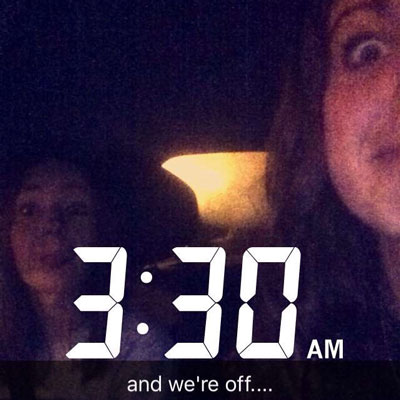 December 16th, 2015:  Final goodbye to my first semester at Emory, and the beginning of a long ride home; it was cool to leave the same way I had come 5 months prior.

My first semester honestly went by in the blink of an eye. I made so many friends, learned so much, and got involved around campus through RHA, Spoon University, the Undergraduate Office of Admission as a digital ambassador, and the University Center Board.