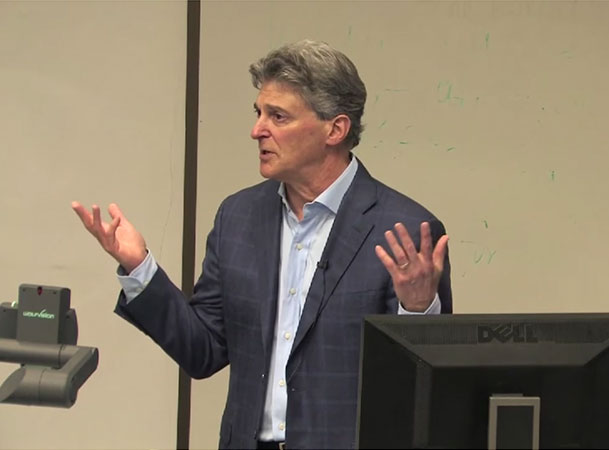 We invited a few professors from Emory College to share more about themselves, their program, and what they love about their jobs as professors. Because choosing a college is about finding a community of people who will challenge you both inside and outside of the classroom! Professor Bernstein, department chair for Film & Media Studies, shared this:

What do you teach at Emory?

I teach a variety of courses in film history and criticism, but most typically Introduction to Film, where I teach students how to watch and interpret films and TV critically. Every student has been well trained in analyzing plot and character, but we analyze camerawork, editing, mise en scene (settings, actors, lighting, costumes) and sound and how they relate to a film’s narrative and theme.

Students consistently say this course changes the way they view moving image media; they develop a fuller appreciation of all the work and creative choices that go into making a film or TV show. (I believe a great film is a miracle.) These students gain tools that they can use in their personal viewing for the rest of their lives, and to impress (or annoy) their friends and family. I also take great pride and pleasure in introducing students to films from around the world (yes, with subtitles) and older classics (yes, some films in black and white). Students are amazed to discover the range and richness of films worldwide. I also enjoy teaching a course on American film comedy because, well, comedies are fun and they remind us how fallible we are.

Why do you love teaching at Emory?

I have been teaching at Emory since 1989, and I love teaching here because I am able to convey my profound passion and fascination with films and TV shows and how they are made and interpreted. Plus the College allows me and my fabulous colleagues to create new programs when we see a demand, such as the major and minor in Media Studies, and the Concentration in Film and Media Management, a pioneering collaboration between Emory College and the Goizueta Business School for students who want to work in the entertainment industry. I am also excited by our growing program in film and media production.

I’ve had many cool guest speakers in class, including Emory alums, but I’d have to say it was Sir Salman Rushdie, who has a great interest in film and film adaptation. He has an encyclopedic knowledge of movies and is an invigorating and lively conversation partner.

My coolest field trip is the LA Trek, where take literally take current students in the Concentration in Film and Media Management to Hollywood to meet and network with successful alumni in the entertainment industry.

What inspires you to keep teaching?

I am inspired to keep teaching by the students who are so intelligent, motivated and enthusiastic themselves. While I have always delighted in teaching bright students, in my experience, their numbers have increased over the decades and they often teach me. We also enjoy a strong community of College faculty.

What’s your favorite spot on campus? 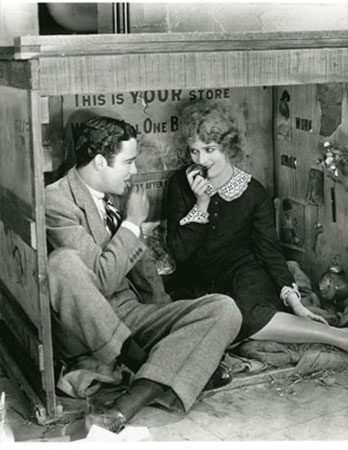 My favorite spot on campus is White Hall 208, where we show free films in every format (DCP, 35mm) every Wednesday night to faculty, students, and the Atlanta community.

Learn more about Matthew and his work here, or view his 2016 Emory Williams Lecture.