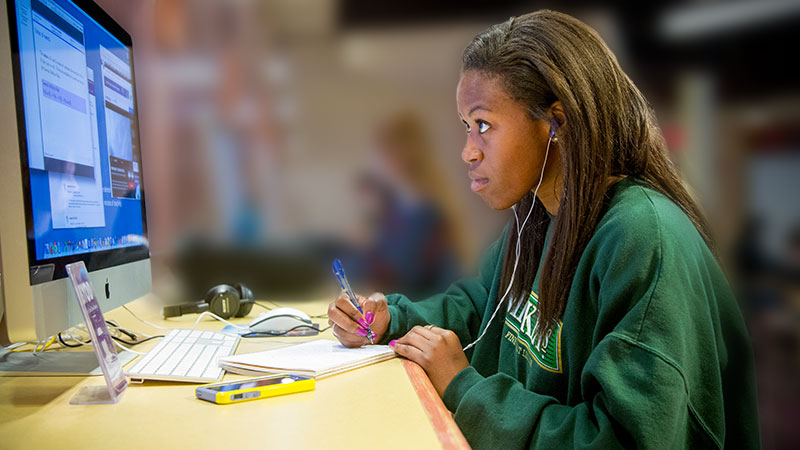 We’re sharing exceptional personal statements from last year’s applicants in hopes of illustrating that a good personal statement can cover a wide range of topics, but ultimately, showcases the student’s character, curiosity, and voice. These statements, written by students now enrolled at Emory University, were selected for a multitude of reasons, and we asked our admission staff to share what made each statement stand out. This is number 3 of a 5-part series on application writing; read Part 1 here, Part 2 here, Part 4 here, and Part 5 here.

Describe a problem you’ve solved or a problem you’d like to solve. It can be an intellectual challenge, a research query, an ethical dilemma-anything that is of personal importance, no matter the scale. Explain its significance to you and what steps you took or could be taken to identify a solution.

Slaying Visigoths and apprehending secret agents made me realize that I have a problem with my dreams. During my junior year, who of the roles I played were Pippin in the musical “Pippin” and Richard Hannay in the Play “The 39 Steps.” Pippin is a young, erudite prince who has an overwhelming drive to do something meaningful and fulfilling with his life but hasn’t the slightest idea what that could be. He experiments with war, fame, politics, sexuality, art and religion until he settles down and lives an “ordinary” life. Richard Hannay, conversely, was leading a quiet, successful, boring life until adventure and intrigue literally shot at him out of the blue, giving him a ride James Bond would envy. He too comes to the conclusion that tranquility with a loving wife is preferable to constant dangerous exploits. I am faced with Pippin and Richard’s problem: how do I know what dreams are worthy of chasing?

Acting compels performers to have insight into their own character, not just the one way they are currently portraying. After playing Pippin and Richard, I contemplated what it means to be ordinary, and discovered I am as repelled by the idea as they once were. As a teenager, the thought of settling down with a family has not once crossed my mind, nor does it seem truly special or fulfilling. Pippin, Richard, and I all have one common character trait: unrequited yearning. We feel that life isn’t meaningful unless we fulfill our burning desire to make a mark on the world and do something truly spectacular. To me, it seems like a concession when both Pippin and Richard decide to settle with a family and live peaceful lives in obscurity; that isn’t a viable solution to my dilemma.

In America today, there is an overwhelming expectation to have a direction or set plan regarding personal aspirations. We are continually bombarded with advertisements, media messages and social pressure endorsing the notion that young people can be anything they want to be. Many around me are already locked onto such tracts toward what they think will make them happy ad bring them fulfillment.

But how can they be certain their plans will succeed?

To an extent, I can understand why Pippin and Richard settled on family life: it made them happy. And what’s the point of living, of going about quotidian routine, ceaselessly toiling toward something that doesn’t truly bring happiness? Despite meeting all of society’s expectations and attaining wealth, Pippin and Richard were both unfulfilled and depressed. Just like those characters, I know that there is something out there that isn’t so mercenary that fosters a sense of meaning and fulfillment.

Who knows? Maybe my quest for profound consequence in life will lead me full circle back to the simple joys of humanity. But until then, I plan on writing every ounce of significance and excitement out of every extraordinary experience I can find. Why not chase all my dreams? While thinking of my future’s uncertainty once overwhelmed me with dread, it now instills me with enthusiasm for the unfamiliar roads waiting to be explored. In the words of Pippin, I know I have to search for my “corner of the sky.”

As we read applications, every student has a team of admission staff assigned to their file to thoroughly review it and assess the student’s potential. The staff responsible for this student’s file had this to say about her personal statement:

There are a few strong reasons why his personal statement stood out among the rest that I read last year:

First, I walked away from reading this essay understanding his connection with theater and why he is so passionate about it. I could immediately see why he chose it as an essay topic. Many times when I read essays with perfectly interesting topics, the real connection and personal explanation of importance is missing.

Second, this essay conveys intellectual curiosity and subject knowledge in the form of his insight about the characters he has portrayed on stage and the way playing them has shaped his own life perspectives. These are traits that can’t be faked or manufactured. He showcases his own thoughtfulness, introspection, and self-awareness, which are nice things to glean in an essay and things I wouldn’t have seen in any other part of his application.

Third, the writing is very good. At the end of the day, we are not reviewing application essays with same meticulous eye for grammar and syntax that your high school teacher might, but we always appreciate essays with good vocabulary, diverse sentence structure, and expressive language.

Fourth, the message in his essay conveys an interest in exploring and learning and shows a sense of open-mindedness, which are all highly valued in our campus community. He’s not sure where life is going to lead him in this next chapter but he is excited about the experience of the journey and is comfortable with a variety of outcomes. This essay made it easy for me to imagine him really making the most of his time, resources, and opportunities at Emory.